Welcome and thank you for stopping by our little space in the great wide web!

Our journey to Dara Realta Alaskan Klee Kai began in 2012 when I (Jessica) was diagnosed with Multiple Sclerosis.  Newly married and devastated with the thought of the unknown together with my husband (Dustin) we decided that, for the time being, we would look to a future that included a 4-legged child.

In 2013 our search ended after countless hours of research when we made contact with June Demers of Taylak Alaskan Klee Kai.  She then put us in contact with Zena Campbell, of TO.PAZ Alaskan Klee Kai, who graciously invited us to her home to meet her pack. To say we were completely hooked is an understatement!  We knew we wanted that toy sized, black & white klee kai with blue eyes.  We quickly learned that size and colour isn’t everything (or guaranteed either) and a few months later we brought home a little black & white boy from June at Taylak.

Jace, our first Klee Kai,  is the dog that started it all.  No, he’s not in the breeding program, he is simply our amazing pet! It was because of Jace, along with some nudging from our good friends over at TO.PAZ Alaskan Klee Kai, that we started our journey into the crazy world of dog sports.  Jace was eager to train and to learn new things and he took to everything quite quickly.  We had our ups and our downs, but training rapidly became a passion for me and the bond I continue to build and share with Jace is second to none; he is absolutely my heart.

What started out in the altered conformation ring quickly moved into rally obedience, followed by agility and nosework along with some dabbling in weight pull and drag racing. It was Jace’s eager attitude that really pushed me toward becoming more involved with training and canine behaviour. It wasn’t long until we decided it was time for Jace to have a friend and we welcomed home our girl, Maeve.

Our goal is to improve the breed with each generation being better than those that came before it.  With sound temperament, conformation and ability to excel in whatever task they are put to.

Whats in a name?

Dara Realta, is our way of paying homage to the little dude that started it all.  While he is commonly referred to as Jace, his kennel name is Taylak Second Star T’the Right.  Dara Realta translates to “Second Star” in Gaelic.  We couldn’t think of a more fitting way for Jace to help in our breeding program. 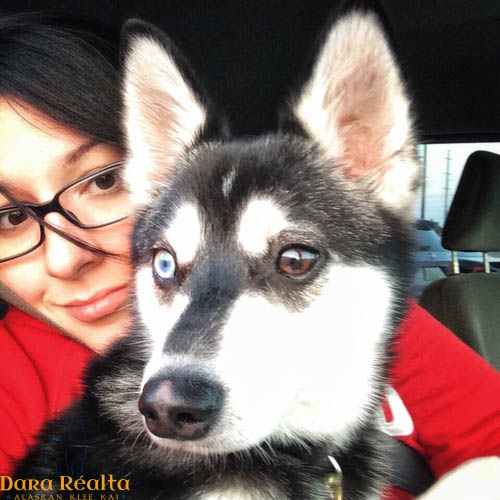